Canonical Attributes and Robots Meta Tags Collide: When a #1 Ranking Is Meaningless 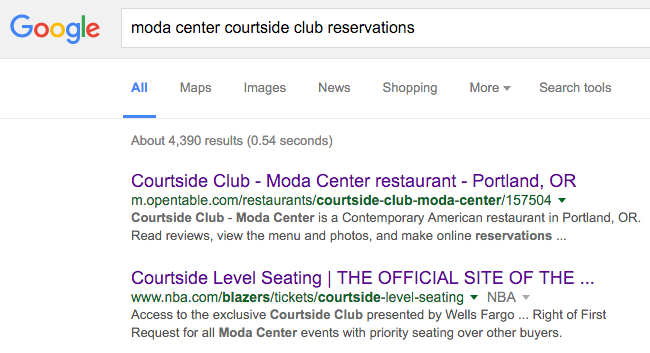 Huh. The mobile page ranks and not the desktop page.

Well, the mobile page does have a canonical attribute pointing to the desktop page. Is Google just ignoring that?

Well, yeah. But why? Is this a bug with Google’s indexing?

This lack of redirect makes the #1 ranking for desktop users pretty useless for OpenTable and pretty frustrating for users.

This mobile page doesn’t work at all on the desktop and not only is it lacking a direct to the desktop page, it’s lacking any navigation at all that would let me click over to the desktop page. I’m a pretty savvy internet user though, so I try removing the “m” subdomain. That doesn’t help. 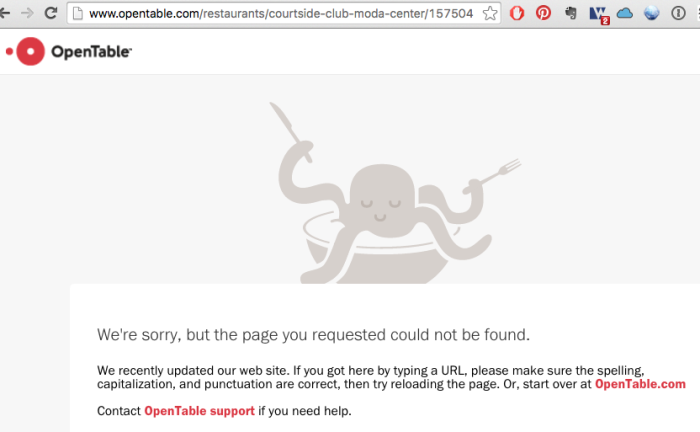 Only because I am the nerdiest of savvy internet users do I look at the source code, find the canonical attribute value, and click over to the desktop page that way. Which is when I see why the page has a robots meta tag blocking it from indexing. 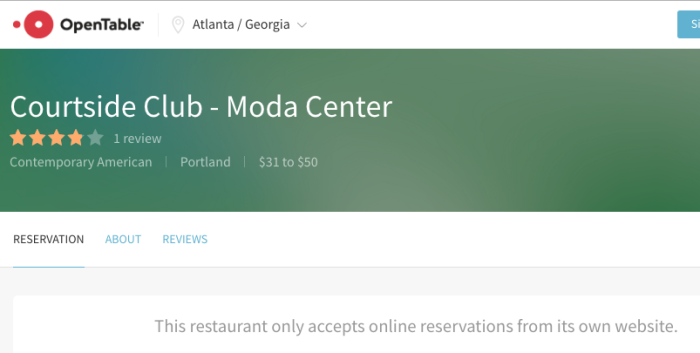 Weird. The mobile page didn’t say that. It said 10 reservations today! Also, I’m confused because while the map and description clearly say I’m looking at the right Courtside Club in Portland, OR, the breadcrumb tells me I’m looking at a restaurant in Atlanta, GA.

But OK. The restaurant doesn’t take reservations via OpenTable so the page has ended up in some non-maintained part of OpenTable’s database with a robots meta tag on it. So sure, a lot of stuff is screwed up with the page and ideally, a better user experience would keep users from being so frustrated and with a better perception of OpenTable and maybe even get them to book with a different restaurant, but these things happen, right?

Except that when I do the same search on my mobile device, the page sends me to the OpenTable mobile app, which lets me make a reservation. 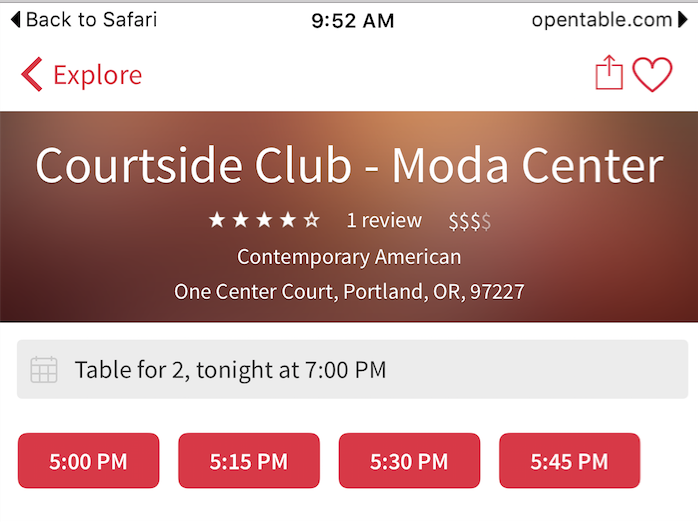 So either OpenTable is missing 100% of the opportunity from desktop users or 100% of their mobile users are making fake reservations.

Either way, I think I’m going to call the restaurant to confirm my reservation.

(Update! When I called to confirm my reservation, I got a recorded message telling me that the restaurant no longer accepts reservations via phone and to please go to OpenTable. The circle is complete.)

3 thoughts on “Canonical Attributes and Robots Meta Tags Collide: When a #1 Ranking Is Meaningless”