NBC Is Live Streaming the Super Bowl, But They Forgot That A Couple Of Us Might Be Searching For That

I am super happy that you’re like, “oh, it’s the future! People use this thing called “the internet” now. Maybe we should I dunno, broadcast stuff on that.”

And it’s cool that you’re using the Super Bowl to promote your “TV Everywhere” campaign, which I’m assuming is at least in some way about getting that TV isn’t about the receiving device anymore and that the phrase “watching TV” is becoming a bit like “dialing a number”.

Soon, only the oldies will know why we call it that and everyone else will just assume it’s some nonsensical phrase like “cut and dried” or “the stock market is a good way to save for retirement”.

But here’s the thing. Before today’s future of TV Everywhere, we all started using using search engines to look for stuff. Especially stuff we wanted to do online. So it’s possible you skipped ahead a little.

I’m not writing about the Super Bowl for Search Engine Land / Marketing Land this year (although they’re doing lots of great coverage over there) but I had heard that you could watch online, so not as an analyst or as a writer but as a regular person, I decided to check that out. By searching. Like regular people do. 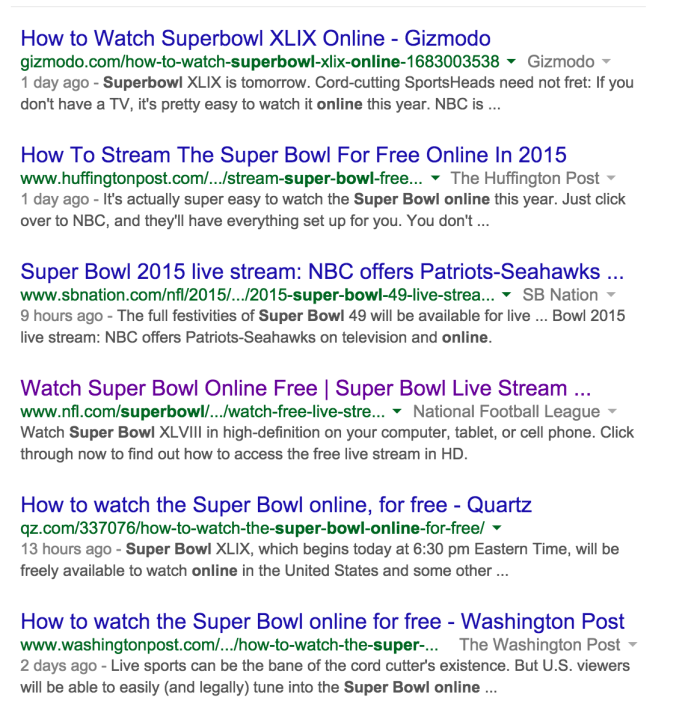 Everybody’s jumped on board this Google Trends bandwagon.

Except the NFL and NBC.

No, no, you say. The NFL is there! Well sure. With the page for last year’s game. Which says “watch the Super Bowl Live”. 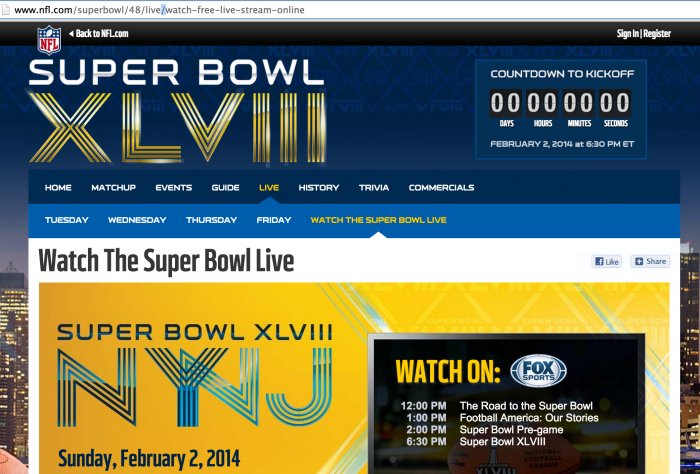 Something the 2015 page does not say, even a little bit.

But I bet that page does pretty well for all those people searching for “feeling super”.

If you keep searching, NBC is hidden down at position 10.

Or if the page itself did. In text. 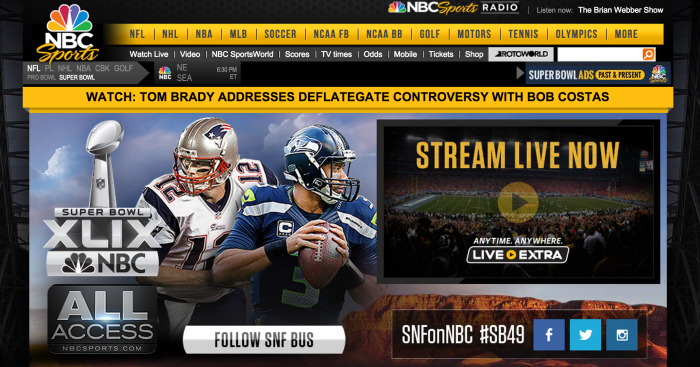 In the defense of both pages, people are searching more this year for “streaming” than “watching” the Super Bowl, but the NBC page doesn’t say what they’re streaming.

The NFL page has a tiny link, although it doesn’t show up in the cache, which could be because it was recently added or may be due to some way the JavaScript is coded. But in any case, that’s not helping them. 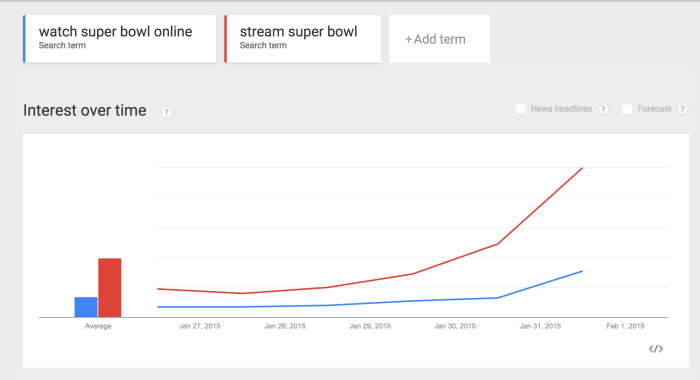 And sure enough, the NBC page doesn’t rank for the “streaming” query either. And that pesky 2014 NFL page ranks #1. This year’s site with no targeted page and hardly any text in the searcher’s language just can’t compete with last year’s optimized page made specifically to help those looking for exactly this.

AT LEAST PUT A LINK OR A BREADCRUMB ON THAT THING POINTING US IN THE GENERAL DIRECTION OF THE CURRENT YEAR.

Ahem. Sorry, I get a little worked up about poor UX.

In other news, NBC isn’t doing so great at showing up for anyone trying to figure out what station the Super Bowl airs on, but you go CBS.