The LA Clippers, Search Engine Optimization, and We Are One

The LA Clippers home page today looks like this: 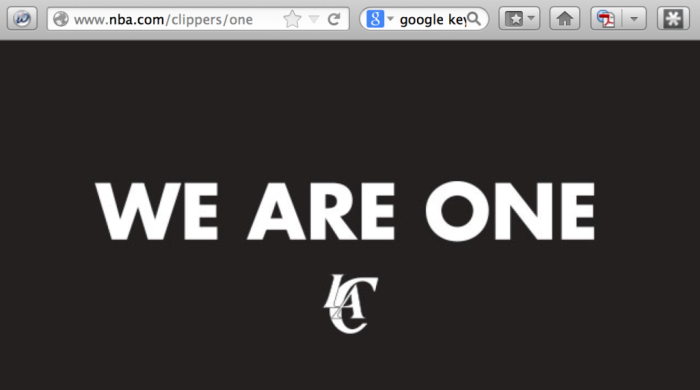 Because I am apparently a complete geek, my first thought was OMG WHAT IS THE TECHNICAL IMPLEMENTATION ARE THEY GOING TO DROP OUT OF GOOGLE’S INDEX?!!

But here’s the thing.  If the contents of the home page, in this case www.nba.com/clippers , was simply replaced with this new (temporary) content, then search engines would recrawl the URL, extract the content, and replace the earlier contents (with the regular home page stuff) with new content. That’s logical right?

The result would be that anyone searching for regular Clippers basketball stuff, like merchandise or tickets or whatever, might not find the site because search engines would no longer have it indexed with that type of content.

The Clippers don’t want that.

And that’s what happened for a bunch of .gov sites when the government shut down last year. The pages of those sites still returned a 200 status code (telling the search engines to index the current content of the pages), but the page content was “due to a lapse on government funding” the site was “unavailable”.

And if the Clippers had a 301 redirect to the new content, then the original URL (that they want to keep indexed long term) would drop out of the index, replaced with the new one. And they don’t want that either.

In this case, the Clippers are doing a variation on what other .gov sites did — temporarily redirecting to another page.  As I noted about the .gov sites, this isn’t super ideal but I think I’m OK with it. 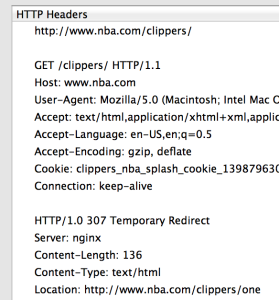 A 307? That’s crazy! I dunno. I have a fondness for 307s. Google treats them in a similar way as a 302 (which is what the .gov sites were returning). What does that mean? Well, here’s what I showed happening with those .gov sites during the shutdown: 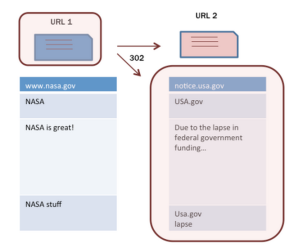 So search engines keep the first URL in the index (which is what the Clippers want), but indexes the contents of the second URL. That’s the not super ideal part, but I think it’s a fine choice. Because of the temporary redirect, search engines will keep checking back so once the original content returns, that content will be once again indexed with the URL pretty quickly.

in the .gov article, I mentioned that returning a 503 for the second URL would keep the original contents in the index as that status code (server maintenance) tells search engines that they should keep what’s already indexed vs. replacing it with the current content.

But I think that’s less important in this case, as the Clippers redirect is likely a far less temporary situation than the .gov shutdown, which could have gone on indefinitely.

You may also see that the search results display doesn’t match the new content, even though that new content is now what’s in the cache. 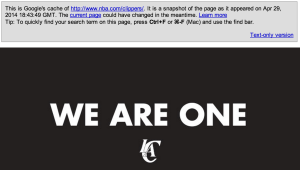 That’s because Google is getting the title and description from the Open Directory Project.

That works out pretty well for the Clippers, although if they didn’t want that, they could add a noodp tag to their pages.

All in all, well done Clippers.