Return to table of contents 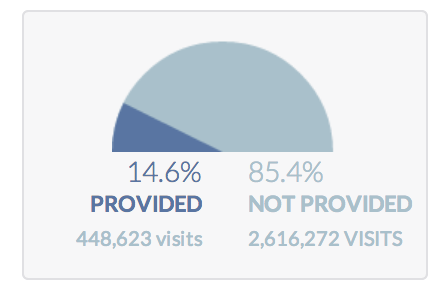 It’s super useful to know what queries bring audiences to your site. You can better understand your customers, make sure that you’re solving their problems, and can know how well your content is performing.
Unfortunately, most query data (from Google organic search) is no longer provided to web analytics programs. Most visits show up as “not provided”. This leads to two issues with query data:

Google Search Console (formerly Webmaster Tools) mostly eliminates the first issue and entirely eliminates the second issue: it lists most queries that brought traffic to the site (through Google organic search) and accurate visit counts for all queries it lists.

However, it doesn’t always provide 100% of queries. The reason is different than the “not provided” problem though. Google Search Console doesn’t show all queries because it shows only top queries. (How many qualify as “top” vary widely depending on the traffic patterns of the site.)

Keylime Toolbox can mostly get around that issue. Here’s how it does it:

Next: Data Integration Set Up